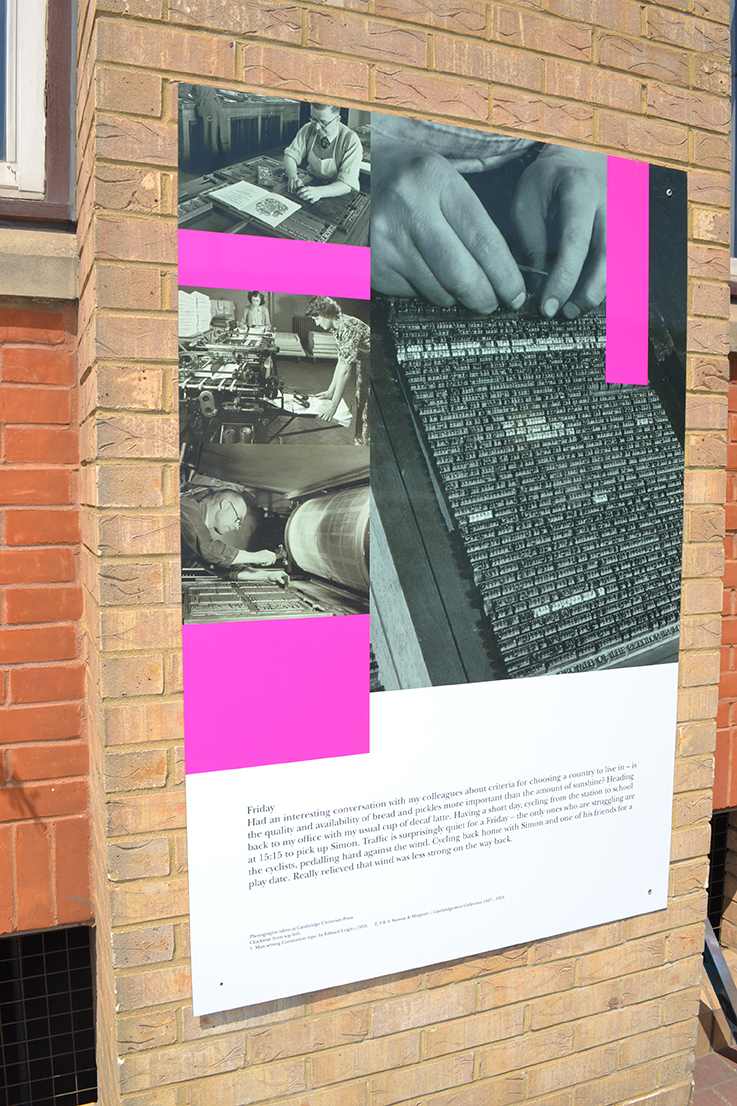 Exploring work, industry and routine in Cambridge CB1 during 2015 and 2016.

A project exploring the changing nature of the area near Cambridge station; from one based around heavy industries and the railway, now becoming more residential and providing homes for people commuting to work. For this project Lucy interviewed local residents and workers about their attitudes and feelings about various aspects of their work, and invited them to complete diaries of their daily routines.

A series of printed panels containing selected archive images from local workplaces, including Cambridge University Press, Ridgeons, and Cambridge Railway Station, along with extracts from the diaries, were installed on the outside of the former office building Murdoch House, and a publication was distributed to local venues and organisations. 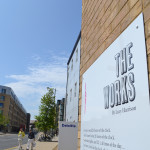 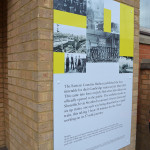 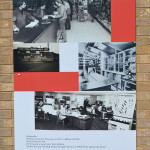 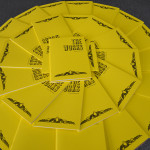 The Works was part of the public art programme for Cambridge CB1.